Over the past five years, the number of Aiken County high school students taking Advanced Placement exams has increased by 68 percent, yet the number of students scoring proficient on the final exams including 2011 has held steady, said Dr. Randy Stowe, the Aiken County School District’s director of administration.Advanced placement courses are more rigorous classes offered in a variety of content areas, such as English, calculus, French, physics and other subjects depending of the size of the school. At the end of the year, students take a national exam, scored with a grade of 1 through 5, with 5 being the highest. Students with a 3, 4 or 5 grade are considered to be proficient. 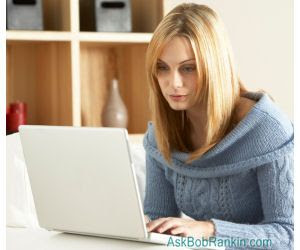 m passed the exams with a 53.4 percent rate, about two percentage points less than the state as a whole.South Aiken High at 64 percent and Aiken High at 56 percent scored above the state average. The other schools included Midland Valley (47 percent), North Augusta (45) and Silver Bluff (38). Percentages at Ridge Spring-Monetta and Wagener-Salley aren’t reported because of their lower participation numbers.

This report is another reminder that South Carolina is not 49th or 50th as we are so often portrayed,Stowe said.This is a measure of our students’ preparation for four-year college or university, and our state is 21st in rank, compared to the 50 states and the District of Columbia, in terms of students scoring proficient on the AP tests.The AP exam is intended to provide information to colleges in terms or receiving college credit. In many cases, colleges will provide credit for grades of 3 through 5, but some will not accept a 3 or less frequently, a 4. That exam grade does not impact the actual grade earned in class, said South Aiken Principal Bryan Skipper.Most of our kids don’t fail these AP courses, he said.One of our main goals is to prepare kids for college. The more rigorous the courses, the more likely it is they will find success in college. Even for those who don’t the exams, they’re better prepared than those without exposure to AP courses.

For that reason, the Aiken County School District doesn’t deny students the opportunity to take AP courses, Stowe said.It’s a balancing act, he said.We could limit participation and have higher scores. Instead, we allow the opportunity for many students.Senior writer Rob Novit, a journalist for the past 41 years, joined the Aiken Standard in 2001. He covers education news and general assignments.
Posted by kkostan at 1:28 AM