SEAS is trying to make its notoriously difficult study abroad process easier, partly through a new winter break program which will take students to Hong Kong in January.The School of Engineering and Applied Science is running a pilot winter break program this year, and Dean Feniosky Peña-Mora is also working on a summer international internship program. Those additions are part of the continuing evolution of the engineering school’s study abroad efforts, which now have a new coordinator, loosened requirements, and more options. 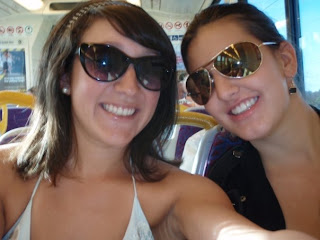 Following an administrative shake-up last semester, SEAS has hired Leora Brovman to oversee its study abroad programs, continuing the restructuring of its study abroad office.The objective of those programs, which we expect will grow, is to give students for whom study abroad or summer abroad or summer internship abroad, is not a viable option an opportunity to have an international experience in an engineering context,Brovman said.The winter break trip to Hong Kong will allow students to participate in site visits and seminars on sustainability, mass urban infrastructure, and mass transportation, and to interact with international engineering professionals. Applications are due at the end of this week.

The trip will be led by Earth and Environmental Engineering professor Xi Chen in collaboration with the City University of Hong Kong.In another change, Brovman said that SEAS students who want to travel abroad will no longer always have to meet a language requirement. Starting this year, if the study abroad program that they will be attending is taught in English, they will not have to meet the requirement for proficiency in the native language of the country they’re visiting.Despite this official change, students will still be encouraged to learn some aspects of the language in order to take full advantage of the foreign environment, Brovman said.

Peña-Mora is also beginning to fundraise for a Global Leaders Exploration program, which would allow students to do internships abroad over the summer. This will take a lot of money to accomplish, but Peña-Mora said he is hopeful that it will become a reality.Combining study abroad and internships gives students the best of two worlds,he said in a recent interview.These changes are taking place during a larger restructuring of the University’s Office of Global Programs and a broader re-evaluation of the engineering study abroad experience.

Brovman is the third SEAS administrator to oversee its study abroad programs in the last year. Last November, the SEAS director of global initiatives and education, Regine Lambrech, was dismissed and her position was eliminated. Her responsibilities were transferred to Jack McGourty, who was given the title of senior associate dean of corporate, government, and global engagement.This semester, Brovman was hired to be the SEAS assistant dean of undergraduate student affairs and global programs.It was recognized that SEAS needed a global component, a global undergraduate component,Brovman said.This was a natural outgrowth.Despite the changes, there are still barriers preventing engineering students from studying abroad. Eileen Li, SEAS ’15, said that while she would be interested in an international experience, it is much more difficult for engineers to study abroad than students in Columbia College.

We have so many requirements we have to do,Lee said.A lot of them [Columbia College students] go during their junior year, but that’s when we have to focus on our major and get all we have to do done. It’s very structured.Some SEAS students have successfully studied abroad, including Claire Duvallet, SEAS ’13, who studied at the University of New South Wales last semester. When she first arrived at Columbia, she believed would not be able to study abroad, but she found the process less difficult than she expected. During her time in Sydney, Australia, Duvallet took four classes, three of which counted towards her engineering major.

Part of it was also so I could leave Columbia and come back with a better understanding of life at Columbia and an appreciation of the things I took for granted here,Duvallet said.Brovman said that in the next few months, administrators will try to raise interest in studying abroad and make students aware of their new options. They will also encourage students to consider study abroad during the second semester of their sophomore years, Peña-Mora said.The key to me is that we want every SEAS student who wants an international experience to be able to have an international experience,Brovman said.
Posted by kkostan at 3:52 AM