As thousands of top graduates face the grim prospect of the dole queue or emigration, one set of courses almost guarantees instant employment.Ireland has emerged as a key player in the world of virtual gaming and demand for graduates in computer games development, digital media and software design is currently outstripping supply.Everybody is playing games now. This is not about spotty teenagers sitting at an Xbox all night. It's the Angry Birds. It's smart devices," said Hugh McAtamney, head of development in digital media at the Dublin Institute of Technology.

We desperately need more computer scientists across the board. All of our students are getting jobs. We had a projects' fair last May and students were being offered jobs on the spot.I am getting emails every day from game developers and start-up companies, looking for someone who can do particular programming.The story is replicated in more than 20 third-level institutions currently offering over 60 graduate and post-graduate courses in computer programming, digital media and software design that have been tai 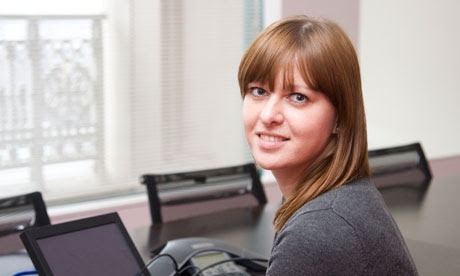 lored to meet the new digital entertainment market.Thomas Dowling, head of the department of computing at the Letterkenny Institute of Technology, said that demand for places on gaming-related courses had doubled this year.

It's a recession-proof industry. The lack of graduates in this field is probably the biggest reason why more companies are not locating here,he said.Gaming has exploded over the past two decades and is now estimated to be worth €43.7bn globally. This is expected to reach €60.7bn by 2015.Millions of people are now playing games, not just on hand-held gaming devices and dedicated consuls, but on smartphones and web browsers.Gamers can play alone, or with friends on social media sites such as Facebook. They can also pit their skills online against strangers in complex quests lasting weeks or longer, while the demand for updates and new games is seemingly endless.

A report by Forfás, on behalf of Enterprise Minister Richard Bruton, which was published earlier this week, concluded that Ireland had the potential to more than double its employment in the video and electronic games sector to 4,500.The Games Sector in Ireland: An Action Plan for Growth' identifies six key focus areas and calls for the delivery of next-generation broadband and innovation incentives for Irish-based firms to ensure Ireland becomes "a global hub" for the gaming industry.The report also points out that games could be a catalyst for growth in a host of other inter-related activities in the digital economy, including social networks, search engines, animation film and video, and e-learning.

Welcoming its publication, Trinity graduate Dylan Collins, who has been behind a number of successful internet and online gaming companies, stressed that "talent, investment and competitive tax breaks were the three things that topped the wish list of people who run gaming companies.He is confident that Ireland is in pole position for further growth.Our big challenge is to make the world understand that we are already a huge games hub. There is an immense amount of employment opportunities. Just about all the games companies in Ireland are hiring right now, and there isn't enough graduates,he said.Eight out of 10 of the world's most powerful companies born on the web have chosen Ireland as a strategic hub for their businesses, including Google, Facebook, LinkedIn, Amazon, PayPal and, most recently, Twitter.

Also with an Irish base are gaming companies Zynga, Havok, Demonware, Jolt, Activision Blizzard, Big Fish Games, PopCap Games, Swrve, Riot Games, and Redwind Software.When the new Star Wars: The Old Republic game is launched by US-based BioWare next month, hundreds of thousands of players around the world will receive technical support from more than 200 workers at a state-of-the-art customer service centre in Galway.One of Ireland's biggest success stories, Havok software company, founded by TCD graduates Steven Collins and Hugh Reynolds, was subsequently sold to Intel for €76m.Dylan Collins was just 26 when he sold his software company Demoware to video games giant Activision for under $20m.His latest venture, Fight My Monster a browser game targeted at boys under the age of 12 has gained more than 300,000 users in its first six months and is being developed for television by award-winning Irish animators, Brown Bag Films.

I am pretty lucky. I have built a whole bunch of companies that have produced nothing physical. I am the most intangible person I know.Gaming has already changed the world. When I started my first company in 2000, the biggest online game had a quarter of a million players.The biggest online game today has nearly 100 million players in it. At some point in the near future there is going to be an online game that has 500 million players in it.We were laughed at when we started our first games' company for being nerds, he said.Who's laughing now?
Posted by kkostan at 4:15 AM