The U.S. Department of State and the International Institute of Education recently released new numbers on global study abroad in the annual Open Doors Report. Once again, China tops the list of countries sending students to study in the U.S. In the last academic year, the number of Chinese students studying in the U.S. grew by 23 percent to a population of nearly 158,000 students. American enrollments in China grew as well, but far more modestly at just under 2 percent keeping China the fifth-most-popular destination for Americans studying abroad and taking the total population of Americans studying in China to just under 14,000.

We welcome more Chinese students, alongside those from other countries, coming to the U.S. for our world-class education system. These students internationalize our campuses and contribute to the U.S. economy: In 2010, international students spent nearly $22 billion on tuition, housing and other expenses. But with just over 1 percent of U.S. college students pursuing study abroad, we face real challenges to growing a generation of global citizens. But we can and must do better. 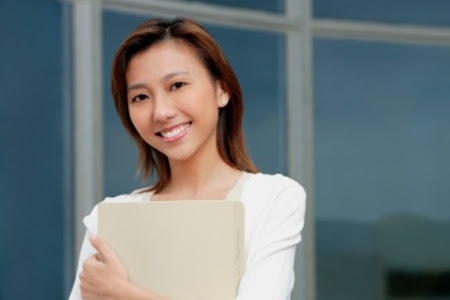 Secretary of State Hillary Rodham Clinton has called China,One of our most challenging and consequential bilateral relationships.We welcome a strong, prosperous and successful China that plays a greater role in world affairs. It's good for the global economy and it's good for creating jobs back home in America. But in order for the U.S. to remain competitive in the global economy, we must ensure that our young people have the understanding and skills to engage with China during its impressive economic growth. Two years ago, President Obama announced an initiative designed to do exactly that.

The 100,000 Strong Initiative will increase the number and diversify the composition of Americans studying in China. Although it aims to increase to 100,000 the number of Americans studying in China over a four-year period, it is really the beginning of a long-term effort to encourage Americans to engage China constructively so that we can achieve our goal of global peace and prosperity. The initiative also enjoys personal support and engagement from Chinese President Hu Jintao.Building on successful U.S. government-funded educational exchange programs, 100,000 Strong is a partnership with the private sector. As such, the Initiative represents the best of America government, private sector, nonprofit and academic groups coming together to invest in both our young people's future and the long-term stability of the U.S.-China relationship.Private companies, foundations and individuals to date have pledged just more than $11 million to allow American students and educators from high schools, community colleges and four-year universities to study in China. Mega-artists like will.i.am, apl.de.ap and John Legend have signed on to do a December concert in Beijing that will open doors for underserved high-school students from five U.S. cities to study in China. Seattle joins leaders from Chicago, Los Angeles and Washington, D.C., as partners with the Department of State to make this Initiative a reality for high-school students across the United States.

Recognized as a national leader in providing Chinese-language training for public-school students, Seattle should be quite proud of its role in this initiative. Funds raised from the private sector for Seattle through the 100,000 Strong Initiative will support national study-abroad program Americans Promoting Study Abroad and Seattle-based nonprofit OneWorld Now!, which give hundreds of underserved public-high-school students the chance to learn Mandarin and send them on life-changing summer programs to China.But we need more help. We estimate that at least $68 million in private funds will be required to achieve the president's goal of seeing 100,000 Americans study in China by 2014. The initiative needs the support of more American companies whose businesses are affected by the state of U.S.-China relations, and who need a strong, China-savvy pool of potential employees from which to recruit their future workforce.

The initiative needs corporations, foundations and philanthropists to create opportunities for underrepresented students across the United States to ensure that they have the same opportunities as other young Americans whose parents can afford to send them abroad. The initiative needs schools and study-abroad programs to leverage this presidential initiative to expand their study-abroad programs.Americans have a huge role in determining whether China ultimately presents a threat or an opportunity for us. What will make the difference is how well the next generation is prepared to engage China. Armed with language skills and experience interacting with Chinese peers, the next generation will be able to manage the U.S.-China relationship in a way that will allow both countries to thrive. Seattle is poised to lead the way.
Posted by kkostan at 2:00 AM