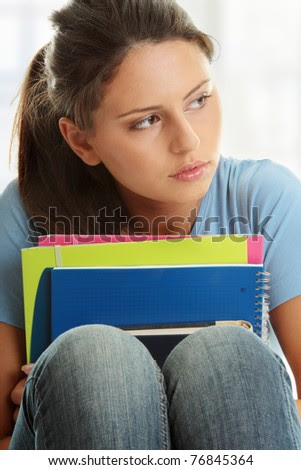 Michael Hwan didn’t have to pay for the Stanford University computer science and Economics and Management Science course he took online. The class on gamification  applying game techniques beyond games from the University of Pennsylvania was also free.Hwan earned a psychology degree in 2011 from Arizona State University but was thinking about going back to school. Instead, he signed up for two free online classes offered by Coursera, a company founded by Stanford professors that partners with dozens of universities to provide what are called massive open online courses, or MOOCs.

“I definitely feel like it puts the student in control of what they really want to learn,” Hwan said.These free online courses feature lessons by instructors from recognized universities. The courses are available to anyone with Internet access. Most MOOCs have no size limits, so tens of thousands of students are able to enroll in the same course.Arizona’s three public universities are moving to expand online degree options and the availability of online courses, but officials said they are exploring the potential of MOOCs to complement those efforts.None currently offers classes through Coursera or edX, another major MOOC initiative founded by Harvard and MIT, but Arizona State University and Northern Arizona University are working toward implementing MOOCs of their own. The University of Arizona is evaluating options to build on a series of early MOOCs it offered through iTunes U several years ago.

Northern Arizona University President John Haeger said that the school is trying to decide which courses it should offer as MOOCs. Haeger said he hopes NAU can begin implementing these types of courses by the summer or fall and that the university will discuss options with Coursera and others.Haeger said while MOOCs are disruptive to traditional models of education, they could potentially be beneficial to both universities and students.It offers the university a way to change its delivery system, and, in effect, it could lessen the cost of an undergraduate degree, which is in the students’ best interest, Haeger said.ASU is planning to debut a MOOC of its own in August, according to Phillip Regier, executive vice provost and dean of ASU Online.

Regier said ASU’s MOOC will be distinct from what other schools have offered. The course won’t replicate content of an existing ASU class but instead will span multiple disciplines, he said.It will showcase all of the areas around ASU and what the university does in terms of knowledge-creation,” Regier said.Regier said that the course will likely be offered on ASU’s own platform, rather than through an organization like Coursera. He added that that ASU has no plans to offer credit for the free course initially, or to offer existing ASU classes for free online.The University of Arizona offered a series of entrepreneurship courses for free on iTunes U in the past few years. Mike Proctor, dean of the Outreach College at University of Arizona, said the university is evaluating how it might be able to build upon that experience.

We’re not close to inking a deal with anybody,” Proctor said.Proctor said he thinks MOOCs have the potential to be both beneficial and disruptive.They might be both,” he said. “Time will tell how that plays out.Students who successfully complete a MOOC through Coursera or edX can earn a certificate of completion, but the American Council on Education is evaluating a way to determine credit equivalency for some Coursera classes, a step toward enabling students to earn college credit for these courses.ACE President Molly Corbett Broad said if the organization can determine credit equivalency, MOOCs have potential to break through barriers to college access.The MOOCs make it possible for the issues of time and location to be removed as barriers to a completion of a degree,” she said. “And because they are free they also address the escalating costs of higher education.Coursera co-founder and co-CEO Daphne Koller said that MOOCs, including those offered by Coursera, can provide education for people who are held back from going to school by financial, geographic or family reasons.We actually believe that this has the potential of increasing the number of people who get degrees in the United States,” Koller said.
Posted by kkostan at 3:03 AM