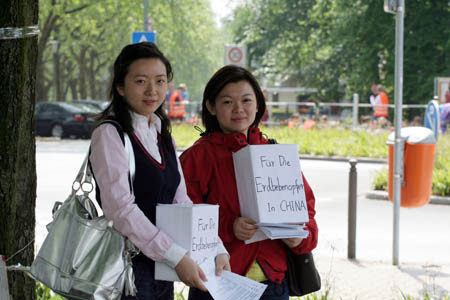 China will send 18,000 people to study abroad in 2013 under a government-funded scholarship program, the China Scholarship Council (CSC) announced on Tuesday.Those who are sponsored include 6,000 for graduate degree study, and 12,000 for undergraduate degree study or to take roles as senior researchers or visiting scholars, the CSC said at a conference in Hangzhou, capital of east China's Zhejiang Province.

The number of scholarship recipients next year will be 2,000 more than in 2012, and more than double the 7,500 in 2006, according to the CSC.Currently, over 24,000 Chinese citizens are studying abroad under the program.The CSC said more than 98 percent of sponsored students and scholars have returned to China on time over the past five years, after they finished their study abroad.The program has become an important way for the country to foster talents in various fields, sources with the CSC said.
Posted by kkostan at 3:28 AM